We always like to keep readers informed of new smartphones on the way and one that we hadn’t seen mention of before has just caught our attention. A handset referred to as the Motorola XT907 has been spotted with Verizon branding and it’s similar in styling to the Droid Razr.

A picture of what is described as the Motorola XT907 has popped up on an online site showing Kevlar backing as often used on Motorola devices and also revealing an HD camera and the fact that it has 4G LTE-connectivity. What’s more a user agent profile that has turned up for the XT905, likely to be the XT907 on Verizon, shows that this phone could have a qHD display with resolution of 540 x 888 and on-screen navigation keys.

News of the XT907 came to us from Droid-Life sourced from Alibaba and also Softpedia. Other details are very thin on the ground at the moment but it seems that there could also be a white color option, that it only has a small bezel area and may include the much-in-demand Snapdragon S4 processor and that it will run on Android 4.0 Ice Cream Sandwich. Droid-Life makes the point that it actually looks like an amalgamation of the Droid RAZR and the Atrix HD that was recently announced.

Another clever deciphering of information tells us that the Droid RAZR has the model number XT912 and obviously XT907 is below that, which implies that this could be a budget to mid-end device, maybe to be called the Droid RAZR+ or RAZR Plus, though of course that’s speculation at this point. We’ll be following developments on the XT907 and will bring you more details as we hear them.

What are your thoughts on this upcoming Motorola device? Would you be interested in a Droid RAZR Plus type of handset at a reasonable price? Let us know with your comments. 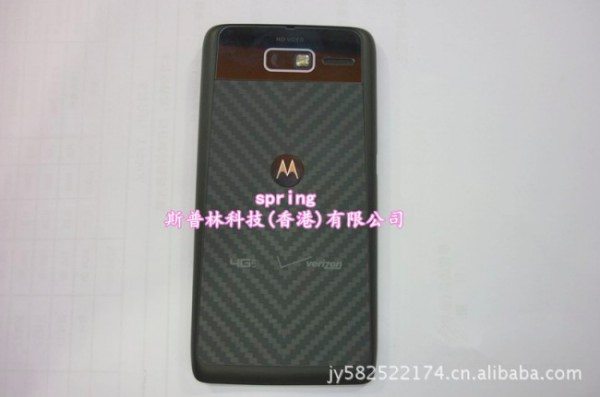