The London 2012 Olympics are just a few days away from kicking off, and according to estimates during the Olympic Games in London some 200 million books worth of personal and corporate data will be lost on 67,000 mobile phones due to being either lost or stolen.

The 67,000 lost or stolen mobile phones during the Olympic Games estimate has been made by security experts at Venafi, and apparently this year’s Olympic Games in London will see the largest ever risk to personal and corporate data loss in an Olympic period, and the firm estimate a whopping 214.4 terabytes of data is likely to be stolen or lost.

Apparently over any 2-week period in London as many as 50,000 mobile phones are either lost or stolen, but as the population of London is expected to swell by one third during the Olympic Games, Venafi anticipates an extra 17,000 devices will be stolen or lost during the period.

As an estimate of 40% of all mobile devices are smartphones, the risk of data loss during the London 2012 Olympics is rather high, and these volumes do not include larger data volumes that are at risk on other mobile devices such as tablets and laptops.

According to the figures the average number of lost or stolen devices over a 17-day period in London are, 20,0000 mobiles were lost or stolen during December 2010, and for the 17 day period during the Olympics this equates to 340,000 devices.

As such, the population of the UK is 65 million of which 7.8 million are in London, and therefore the estimate is 40,800 mobiles are lost during a 17 day period. Android and iOS sales have soared since 2010 so the quantity of devices that could be stolen or lost during the 2-week Olympic period is estimates at 50,000.

Apparently roughly 3.04 million people take the underground everyday, and during the Olympics it is predicted this number will increase 1 million, which means an increase of one third can be expected, which places the total number of devices expected to be lost or stolen during the Olympic Games at 67,000.

I guess the moral of this, is if you are visiting the 2012 Olympic Games in London over the next couple of weeks, make sure you know exactly where your smartphone or tablet is, otherwise there is a high risk of losing your device or having it stolen.

Image courtesy of The Guardian. 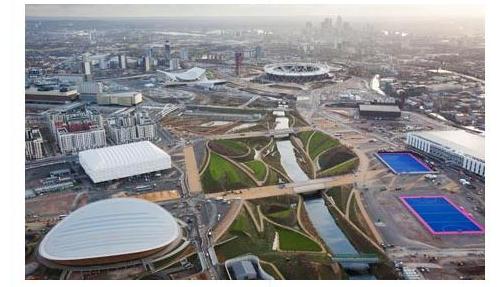