For the Android faithful over in China that would like to own an Android Jelly Bean flavoured smartphone, ZTE has now launched their first Android 4.1 Jelly Bean handset in the form of the ZTE N880E handset, which is the first Jelly Bean smartphone launched in the country.

According to ZTE the ZTE N880E was initially launched back in May this year running Android 2.3 Gingerbread, and sold in excess of 1 million handsets, whilst the Android jelly Bean version of the device was launched on the 13th of this month, and offers improved responsiveness and performance.

The vice president and CTO of ZTE’s handset division, Kan Yulun has said that their relationship with Google combines with their R&D capabilities along with experience in customising devices for partner means they are able to deliver new tech to market quickly, and the company’s aim is to deliver the best quality customer experience, of which the ZTE N880E is a good example.

Unfortunately ZTE hasn’t made any mention of just how much the Android Jelly Bean version of the ZTE N880E will cost the customer, and it isn’t clear whether ZTE will actually release the N800E in any other markets outside China. 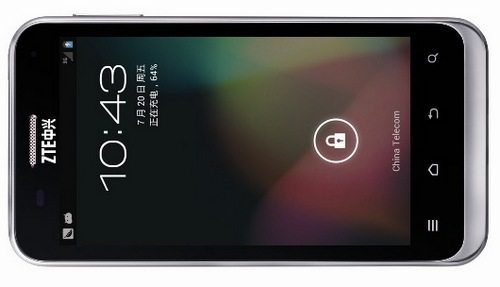