As always with any new device coming from the Apple camp, purported images of components of upcoming devices have a way of leaking to the mobile space, and this remains true when it comes to the new iOS smartphone, currently being called the iPhone 5, next iPhone, and new iPhone, as no one really knows what Apple will end up calling the handset.

So today we have another alleged iPhone 5 componant image that has made its way onto the net in the form of the iPhone 5 motherboard, which comes our way courtesy of the guys over at 9to5 Mac, and by way of WeiPhone, and apparently the component looks to be a prototype as the labelling is missing.

However the images don’t show the reported A5 based processor of the iPhone 5, which is said to be similar to the iPhone 4S processor but with numerous tweaks; however it does show the smaller centred SIM card slot, which could possibly point towards the iPhone 5 using a new nano-SIM according to repair firm iDeviceGuys.

Whilst according to the repair company, it looks like there are more antenna connections present that could also possibly point towards the new iPhone being LTE enabled, and also that the battery connector features 5-pins rather than the 4-pins on the iPhone 4S.

Furthermore, it appears that the digitizer connector has also been tweaked, which could mean the previously rumoured new screen tech will show up on the new iOS smartphone.

The 9to5 Mac guys have apparently looked into the original poster of the iOS device motherboard images, and it appears that the poster was the same that last year posted legit images of the iPhone 4S motherboard a couple of months before the iPhone 4S launched, so these new images could well be legitimate as well.

Furthermore, the guys over at NoWhereElse.fr have produced a GIF, which seems to compare the motherboard size and connections in the images of other leaked parts that shows the motherboard connection points match up on the alleged back parts.

However one must of course remember that it is Apple gear we are talking about here, and as such should still be taken with a pinch of salt until such times as Apple decided to reveal all. 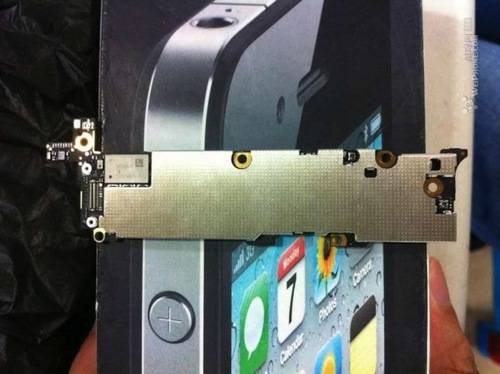 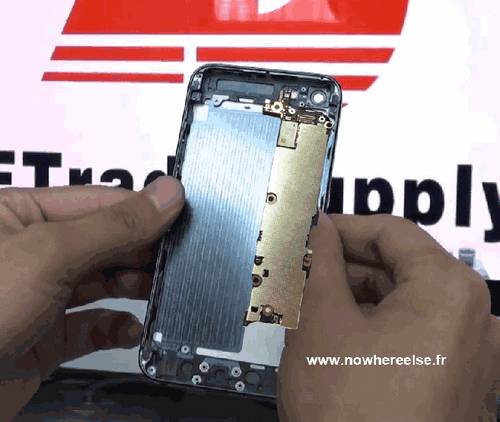