Smartphone manufacturers are continually bringing out new and wonderful devices to tempt consumers to part with that hard earned cash, and while these devices can look and feel amazing designers can come up with concept ideas that look even better. Today we have the Nokia Lumia OneNote and HTC One C that will blow your mind.

The big news in the smartphone market over the last few days is the Samsung Galaxy Note 2, and while you won’t currently find anything to beat it in the real world, as Concept Phones are reporting this latest idea has been created by Ibrahim Sujau.

This concept phablet device features a 5.5-inch AMOLED HD touchscreen display with an 8.2mm form factor. The design borrows some features from the Nokia Lumia 900, but has a curved screen with a nice little stylus. The device only weighs 175 grams but still packs a 1.6 GHz quad core processor along with 2GB of RAM.

Other features include 16, 32, and 64GB of on board storage, microSDHC port, and a twelve megapixel rear mounted camera with LED flash, HD video capture, and autofocus. On the front is a two megapixel shooter, and there is also 4G LTE, HSPA+, Wi-Fi, and Bluetooth 4.0 connectivity.

Software wise the concept device has Windows Phone 8 with OneNote MX, and for more images and information hit the link above. Meanwhile Concept Phones has what a designer from Romania envisions for the next generation HTC handset, which allows a special DSLR camera attachment to provide enough lens power for the most stunning shots.

The device is titled the HTC One C and reminds you of the One S combined with the upcoming One X, but with a unique camera design on the back. The handset features either Android 4.0 or 4.1 coupled with HTC Sense 4.0, but it’s the camera accessory that really stands out. It also features a quad core processor for all that processing of images, and of course Beats Audio technology. 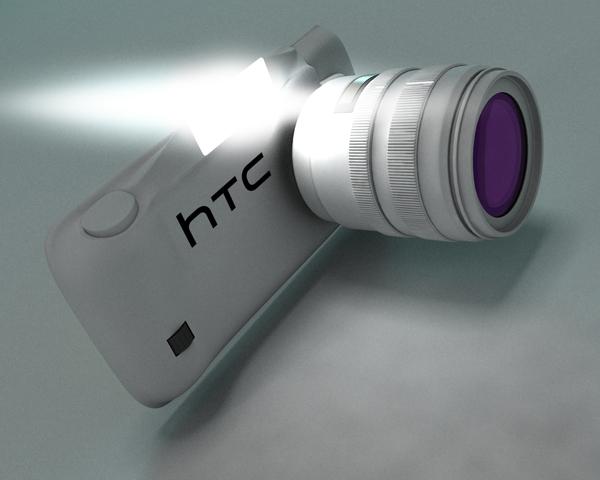