Although the iPhone has a very large following, the one thing that puts the iPhone out of reach of many is the price. Apple has always demanded a premium price for their premium smartphone, so if you want the iPhone 5 you know it is going to cost you a pretty large bundle of cash. However Apple rivals such as Google and Samsung seem to be able to deliver high end devices at lower prices, and thus grab a fair slice of the mobile market space.

But what if Apple could deliver a new iPhone at a more affordable price so that those that currently simply can’t afford the latest iOS smartphone could jump aboard the Apple train? Well although we know that Apple is basically all about making huge profits, there are rumours that they just might take a step into the lower prices smartphone segment by delivering a more affordable iOS smartphone, which is currently being touted as the iPhone 5 mini.

We recently reported on the speculation that certain analysts believe that there is a possibility that in 2014 Apple might deliver an iPhone with a cheaper price point of around $200, a price that would no doubt bring quite a few more users to the Apple stable simply because they could now afford the handset. 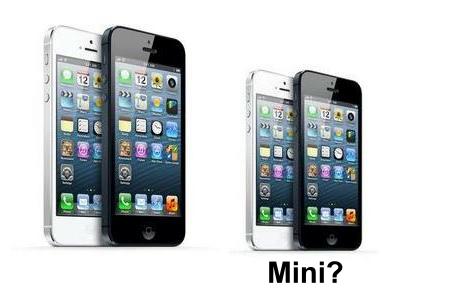 However, apparently if Apple did indeed put out an iPhone 5 mini, the handset would be targeted towards developing markets such as India and China, so one shouldn’t expect an iPhone 5 mini to become readily available in the US and elsewhere. But why not, because there are people in the US, UK, Europe and elsewhere that can’t afford Apple’s high prices as well.

But no doubt if Apple every did deliver an iPhone 5 mini at a $200 price point, albeit the chances of such a thing happening being extremely thin, the device would have some of the specs cut in order to make it hit that more attractive $200 price tag.

Which begs the question if a iPhone 5 mini with lower specs was to come out, would it be able to go up against the Android cheaper smartphones that are already available? Well in my opinion probably not, because anyone who purchases an iPhone expects the device to come with high end specs, and if you are going to shell out $200 you might as well opt to get an Android device that would possibly offer higher specs than a cheaper iPhone 5 mini.

I mean if the iPhone 5 mini was to come out right now with a $200 price tag, would it be able to go up against say the Nexus 4 which would only cost the user an extra $99 for a 16GB model? Well again that would depend on just what the iPhone 5 mini offered, but for instance the very name would suggest the device will come with a smaller touch screen, and probably built with less expensive materials so Apple could keep the price down.

Having said that, Apple once said they would never deliver an iPad mini, yet we have one now, so there is a possibility, albeit a slim one, that Apple will try to grab as much of the cheaper smartphone market as possible by putting out a mini iPhone at some point, as long as the company can make enough profit from a cheaper iPhone of course.

Personally I can’t see Apple making the leap to cheaper iPhone handsets in the foreseeable future unless its vast following of users start jumping ship to rival devices because Apple doesn’t up their game when pushing out a new iPhone and continues to deliver minor upgraded devices. If enough of the iPhone faithful where to jump ship perhaps then Apple would consider lowering their hefty price tags for their devices, but we know the majority iOS faithful will never jump ship to Android or other rivals devices.

So what do our readers think about all this, do you think Apple will ever bring out a cheaper mini iPhone , or do you think this is one step Apple will probably never take?