Many people now prefer to play games using their smartphone so they can get their gaming action on when out and about rather than being tied to their desktop computer. But there are a great deal of older Windows games that can’t work on a smartphone. However there is a possibility that could soon change and Windows 95 and 98 games might be able to play on Android handsets.

We have a demonstration video for your viewing consideration below, that shows that there is a tool currently being developed called Winulator, which enables some Windows 95 and Windows 98 games to play nice on the Android platform.

Unfortunately anyone wishing they could play old Windows games on their Android device will have a bit of a wait on their hands, because Winulator isn’t available to Android just yet as it is still in development, but the developer does plan to release both free and paid apps to Google Play at some point in the future. 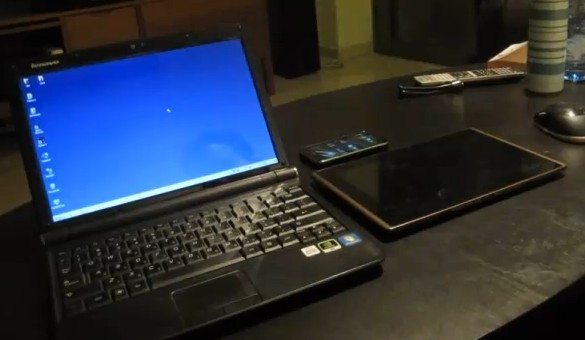 Currently not all older games are supported by Winulator, and the sound doesn’t work either. The Winulator is a wrapper application, and in the footage below you will see a Windows 98 game called Caesar 3 running on an Android slate, the Asus Transformer, and also on a Samsung Galaxy handset, and it looks to work rather well.

Currently there are several apps that allow the user to emulate a DOS environment so you can run old PC games on the Android platform; however the Winulator app does look promising and a tool that could eventually let the Android gamers get to grips with classic Windows 95 and 98 games.

Anyway enough from me, I’ll leave it there and let you head on down to hit that play button and check out Winulator in action…enjoy.

Any of our Android readers hoping Winulator will hit Google Play soon so they can play older Windows games on their Android device?