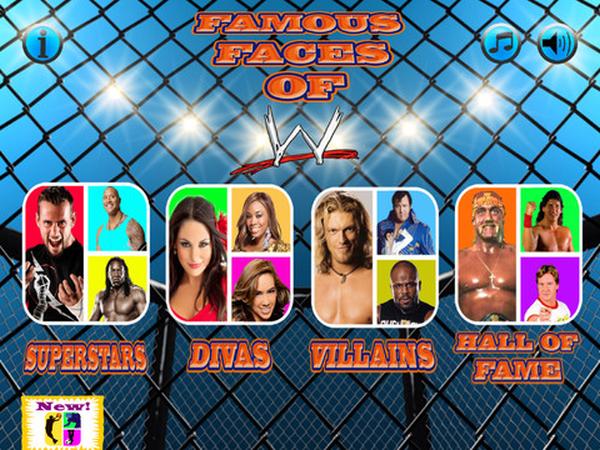 We see a number of applications that become available that support certain sports or other popular events, and today we have news of the Famous Faces of WWE Quiz that has been recently released for iOS users to enjoy.

WWE is massive and enjoyed by fans around the world and now a new sports trivia game has been released that is based on the stars of the wrestling that will appeal to its fans. Players of the game will need to identify WWE stars by their photo in a set amount of time to score points.

There is global leaderboards that are integrated into Apple’s Game Center that will provide that extra competitive edge, and what’s even better is the fact the developers are offering the game free for a limited time.

Each image of the top WWE wrestlers is processed individually to obscure it for that added challenge of becoming successful in the quiz, and there have already been many positive reviews for the application from users.

To find out more and to download Famous Faces of WWE Wrestling Quiz head over to the App Store, and the game is compatible with the iPhone, iPad, and iPod Touch with iOS 4.3 or later.

Are you a fan of WWE?