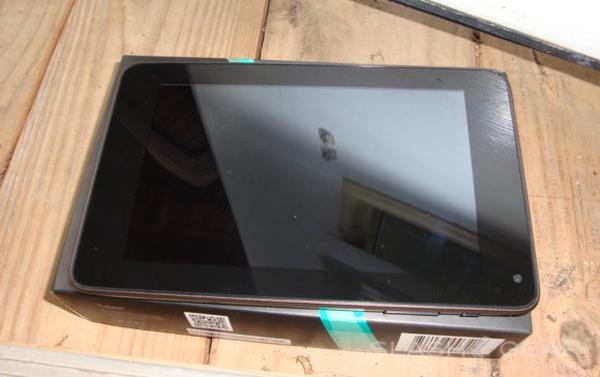 There is currently an abundance of low priced Android tablets available to consumers currently looking for such a device, and we now have news of the Hisense Sero 7 Pro that takes aim at the Nexus 7 with a great price and better features.

The Nexus 7 arguably became the Android tablet PC that introduced many more consumers to owning such a device, but we have seen a huge number of cheaper Chinese devices becoming available and the Hisense Sero 7 Pro certainly gives the Nexus 7 a run for its money.

It will set you back $149 and is available from the likes of Wal-Mart and for your money you get a device that features a 7-inch HD IPS touchscreen display offering a resolution of 1280 x 800, which is just like the Nexus 7. Another feature the two devices share is the quad core Nvidia Tegra 3 processor clocked at 1.3GHz along with 1GB of RAM.

Where the Hisense Sero 7 Pro pulls away from the Nexus 7 though is the fact that the 8GB of on board storage can be expanded via microSD card, and that’s not all as there is a 5-megapixel camera placed on the rear of the device along with a 2-megapixel unit around the front.

Other specifications on the device include a mini HDMI output, Wi-Fi, Bluetooth 3.0, NFC, GPS, 4000 mAh, and the Android 4.2.1 Jelly Bean operating system. There are reports that some Wal-Mart stores may be selling the device a little ahead of schedule and it’s not currently known if the device will become available globally.

Will you be giving this tablet a look?