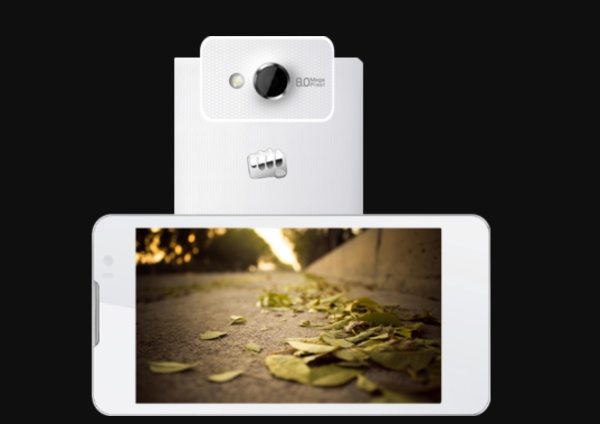 The Canvas Blaze HD has similar specs to the recently introduced Canvas Duet 2 and is also a dual SIM (GSM + CDMA) phone. The Canvas Blaze HD is powered by a 1.2GHz Snapdragon S4 quad-core processor, has a 5-inch HD IPS display, 1GB of RAM, and 4GB of internal storage (expandable via microSD to 32GB).

Preloaded apps include Spuul, Hike Messenger, Opera Mini and it also offers M! Live for games, music, videos and more while on the go. We’ll bring you further details on this new Micromax phone as we hear them, and hopefully it won’t be too much longer until it goes on sale.

In the meantime we always enjoy hearing from our readers in India, so do send us your comments. If the Micromax Canvas Blaze HD EG116 is the right price, would you consider buying it when it launches?