Android Malware increasing? Not if you stick with Google 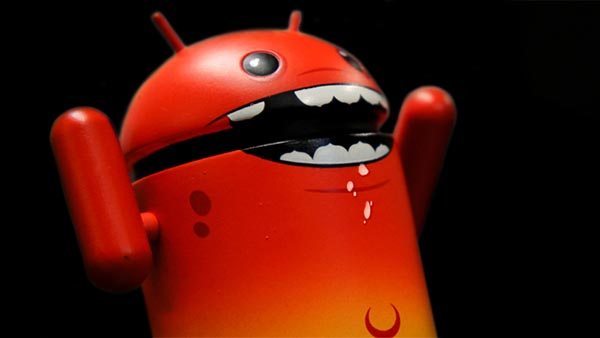 In 2012 Android was found to account for 79% of all mobile malware, but it seems as though last year it had a dramatic increase to 97%. Both of these figures come from F-Secure.

Now those numbers are headline worth numbers and we are sure that most will run with Android being a virus infected OS, but when you look closer into the number it shows thatÂ only 0.1% of those were actually from the Google Play Store.

Not a very big number indeed, yes Malware still exists in the Play Store but with only 0.1% you’ve really got to be unlucky or trying to find something let’s say not above-board.

It also seems that these threats are mainly coming from countries such as Saudi Arabia and India that account for massive 75% of the malware found, countries like the UK (2.8%) Germany (3.2%) and the USA (5%) are found to be at less of a risk. 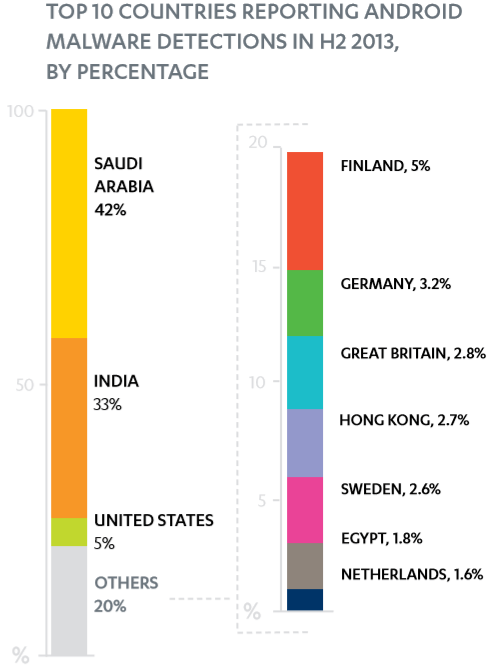 Why is this the case? it could be due to 3rd party app stores where the Google Play Store does not offer all the applications for each region (India being a prime example)

How can this be stopped? Google allowing more countries access to the FULL Play Store would be a start, but what are your thoughts on this? let us know in the comments.

Credits to TNW for the infographic.