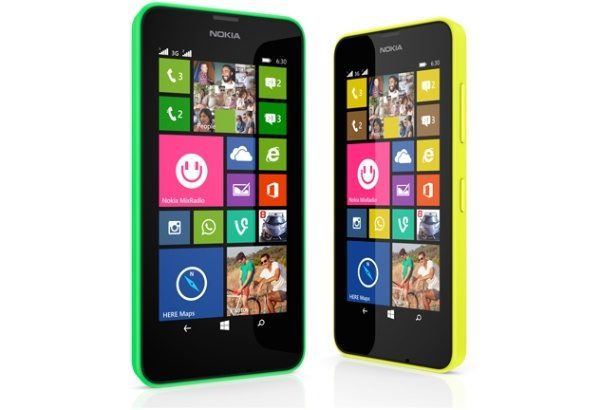 As we expected some new Nokia Lumia phones have been introduced at Microsoft BUILD today. The Nokia Lumia 630 and 635 will both be running Windows Phone 8.1 out of the box and we have price and release news ahead.

We’ve been hearing leaks about the Lumia 630 and Lumia 635 for some time, and both of these new affordable Lumias are aimed at the emerging markets, or those who just want a decent reasonably priced handset.

Various color options will be available with changeable shells, and the Lumia 630 will initially release in May for Asia, India, China, Russia, and Europe. The Lumia 635 release is scheduled for July availability, including for the US.