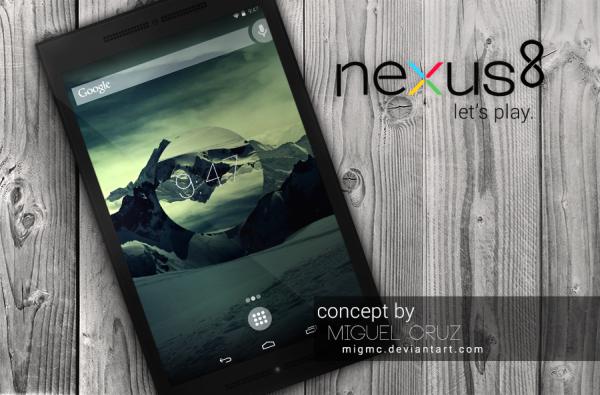 For the past few months there have been rumours coming in from various sources that Google will release a slightly larger Nexus tablet this year, but the Nexus 8 design idea we have for you today has vision with a 2K display.

There have been a number of rumours of a Nexus 8 tablet PC being released at some point this year, but the image that you can see on this page is a concept of the device courtesy of Miguel Cruz. The slate has an 8.2-inch 2K resolution 3D display protected by Gorilla Glass 4, which is powered by an Octa core Qualcomm Snapdragon 900 processor clocked at 3.2GHz.

This is paired with 3GB of RAM with either 32GB or 64GB of internal storage, but a higher end version has 128GB with a 4K touchscreen display and 5GB of RAM thrown in as well. Keeping everything switched on is a 6,100 mAh battery unit.

Would you like to see a Nexus 8 device released?

One thought on “Nexus 8 idea has vision with 2K display”