Currys and PC World websites both currently down 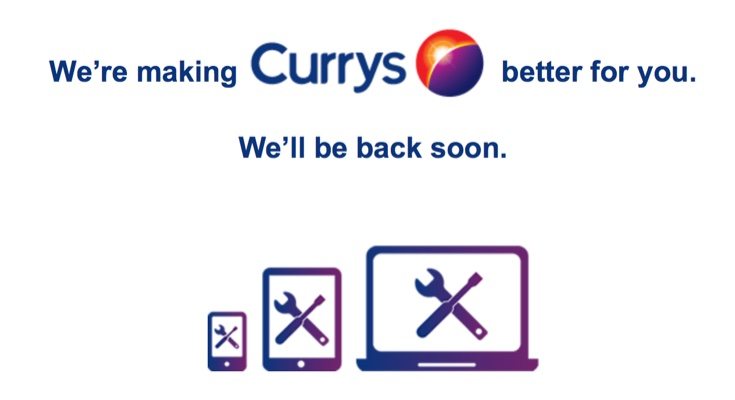 If you’re in the UK you may well be a customer of Currys and PC World device and electrical stores. If you have been trying to shop online today you may have noticed a problem, as the Currys and PC World websites are both currently down. This will inevitably cause some frustration, as there’s still no explanation about why the sites are out of action.

If you head to currys.co.uk right now you’ll see a message that simply says, “We’re making Currys better for you. We’ll be back soon.” Images of tools beneath the caption infer some sort of maintenance work is under way though this is not clarified. If you head to pcworld.co.uk you’ll find exactly the same message, although of course the name has been changed to PC World.

We imagine some customers would think Currys and PC World could ‘make it better’ by giving more detailed information about why the sites are down, with at least an indication of how long this situation might last. However, Online Social Media reports that even on the Currys and PC World social media channels there is no explanation or mention of the sites being down, which is rather odd to say the least. Meanwhile looking at the website isitdownorjustme.co.uk reaffirms that the sites are down. 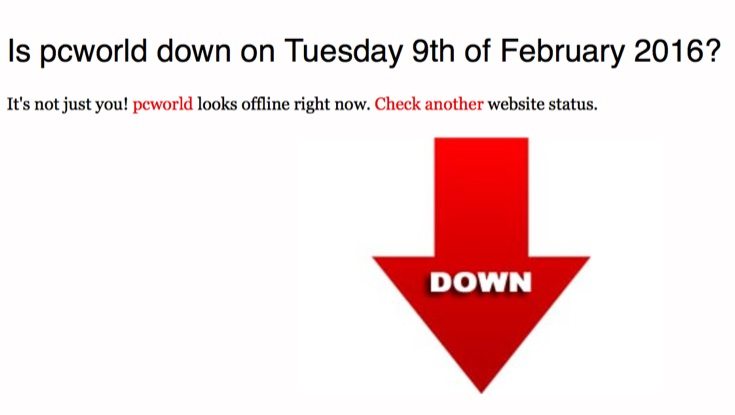 Some Twitter users are asking how long this will continue and say they have been trying to access the sites for hours, while others refer to buying elsewhere. This would be an unhappy enough situation if the down time had only been brief, but the report also states that this has been going on for 11 hours or more. At the time of writing we have just checked both the Currys and PC World websites again, and both continue to be out of action.

Hopefully we’ll hear more about this soon, and in the meantime we’d like to hear from you. Have you been trying to shop online today at the Currys or PC World websites? Are you frustrated that there are no details provided of why the sites are down or how much longer it will be before they are up-and-running again? Drop us your comments in the box below.

Thanks to Online Social Media