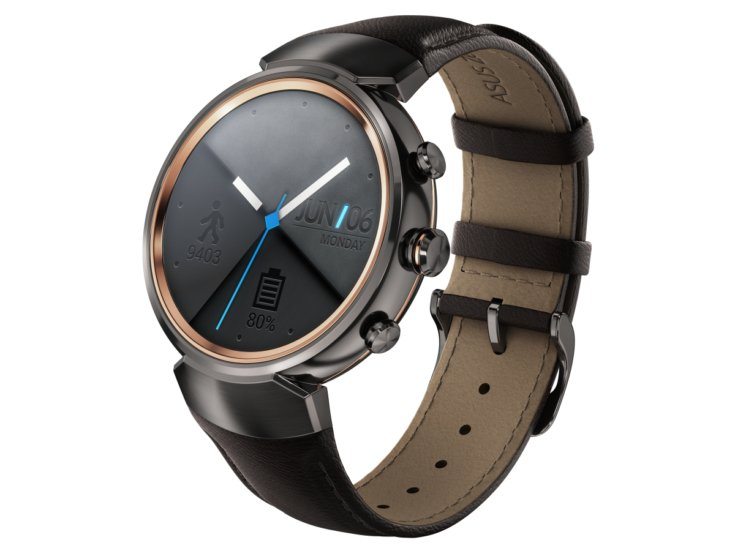 If you are a big fan of Android-powered wearables, today’s a good day for you as the spanking new Asus ZenWatch 3  is now available in the US for $229. Even if the smartwatch is out of stock for the moment on Asus’s official website, the situation will be remedied soon. It’s interesting that Asus is selling its latest gadget in the United States earlier than it was previously expected. For the time being, you can order the Asus ZenWatch 3 from Asus’s online-store only, provided they manage to re-stock their supply (I bet they’ll do it ASAP).

For now, there’s only one version of the Asus ZenWatch 3 available in the US, the one featuring a dark brown leather strap respectively. There’s another retailer selling the Zenwatch 3, B&H that is, but they’ll start shipping the smartwatch in about 2 weeks for now, in mid-November. To refresh your memory, the Asus ZenWatch 3 was presented back in August, at IFA 2016 and it marks a premiere for the company, as the new generation suffered a radical design change.

The previous versions (the initial Zenwatch and the Zenwatch 2) came with rectangular displays, whilst the new Asus ZenWatch 3 has a circular one, a 1.39” wide AMOLED screen with a resolution of 400×400 pixels. Following the current trend in wearable technology, the Asus ZenWatch 3 is water and dust resistant, i.e. it features IP 67 certification. The amount of RAM on-board is half a gig (512 MB) and the native storage capacity is 4 gigabytes.

What’s very cool about this baby is that it’s among the first smartwatches on the market to use Qualcomm’s latest Snapdragon Wear 2100 system on chip, which is way more energy efficient than its predecessors. The smartwatch also boasts Asus’s HyperCharge  (fast charge technology), a proprietary technology which  is able to recharge the Asus ZenWatch 3 up to sixty percent in just 15 minutes.