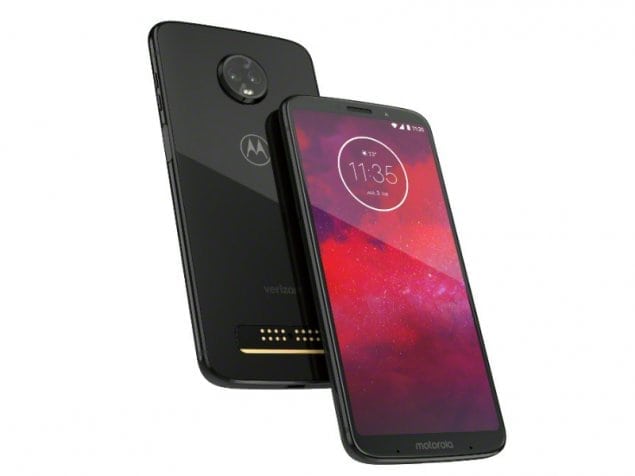 Motorola has been slowly falling back behind the aggressive competition in the midrange market. Companies like Honor and Nokia easily took the lead, offering excellent devices for an affordable price. Moving over to the flagship scene, and the situation isn’t anything different. The original Moto Z was an exciting refreshment to the saturated market. Although the device wasn’t as powerful as the competition, the Moto Mods brought upgradability to the story. This lead to big sales, but they’ve been slowly falling down, even with the Moto Z2. Now, Motorola announced the Moto Z3, the third generation of the Z family. Is it worth it though? Read on.

Starting with the design, Motorola continued the design choices from the previous generations. And that is not a bad thing – the device is slick and easy to hold in the hand. The side mounted fingerprint sensor is excellent, and the Moto Mods extension is still available. Overall, it’s a decent looking device, though a bit boring, especially if you’ve owned previous Moto devices. Nevertheless, it’s functional, and Motorola is probably going on the safe side here. The display on the Z3 is big. A 6” AMOLED panel with 18:9 aspect ratio surrounds the whole front. The bezels are small, and there isn’t any notch in plain sight. On the back, the camera setup is placed in the top, with the mod’s pins being at the bottom.

Performance wise, the Moto Z3 is playing a bit of catch up with the competition. For the chipset, Motorola opted with last year’s Snapdragon 835 processor. It’s fast and runs very smoothly, but it would have been great for the 845 to make an appearance. Furthermore, the device comes with 4GB of RAM. Again, it’s more than enough, but considering the amounts of RAM many other flagship devices carry, this is nothing. Nevertheless, you won’t have any problems with task execution with this device. For storage, the device is equipped with 64GB of it, and that can be further expanded with a MicroSD card. Finally, the 3000mAh battery should easily last you through a day of use.

The excitement is in the Moto Mods, and this could be a good upgrade if you’ve owned a Motorola device before. Motorola promises a lot of new mods for it, including the 5G one. The 5G Moto Mod will enable 5G data speeds when they’ll become available. However, that is only limited to the Verizon carrier, coming up in early 2019. We have no information if this will expand to other markets, but it’s a thing to watch for.

For the cameras, the device comes with dual 12MP shooter on the rear, and a single 8MP shooter on the front. Pictures are great, with good color saturation and dynamic range. Finally, the Z3 comes with Android Oreo 8.1 out of the box. As with other Moto devices, it doesn’t have any skin on it; only few useful features that many of you like.

The Motorola Moto Z3 is available from Verizon in the US, with more markets to come. It is priced at $480.

So, what are your thoughts on the Motorola Moto Z3? Share them in the comments below.