Samsung have said that they will become the first to start mass producing a whopping memory chip, the Samsung 16GB NAND flash memory chip which can be used in mobile phones. Samsung will apparently be fabricating these little or should we say massive devices in 51 nanometers. 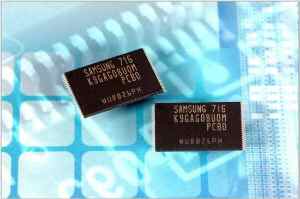