Special deals on the Nokia 7390 just for PR readers, the Nokia 7390 is a 3G mobile camera phone that has been produced after the ever so popular L’Amour Collection from 2005. This mobile is more for those who are fashion conscious and the specs are not trimmed of either, in fact it is the opposite because it has all that you need in a mobile phone. 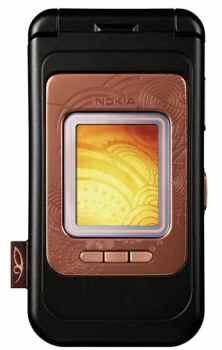 For starters you get a 3 MP camera MP3, AAC and polyphonic ringtones plus a cool 128MB MicroSD card and 5 MB of built-in memory, the specs in full is listed below —