An Unlocked Apple iPhone thanks to a Hack by George Hotz

The curly haired teenager also known as George Hotz has become famous for unlocking the Apple iPhone (the phone that many would call the gadget of the year).

George Hotz from New Jersey spent his summer figuring out how to unlock the Apple iPhone, which many badly want so they can be freed from being restricted to a single carrier, AT&T.

We can now see an industry springing up to buy iPhones and unlock them for people that do not want AT&T or cannot get it because they are in other countries that do not support them. 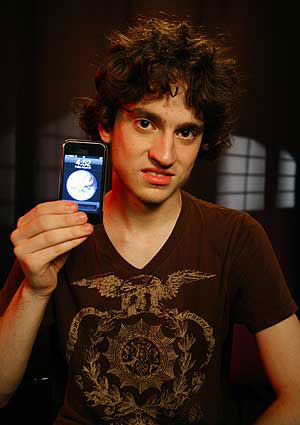 Following that I would imagine that market will not last long as Apple announced that it plans on selling the Apple iPhone in Europe by the end of 2007, Asia and Australia in 2008.

The iPhone has been confirmed to be unlocked by an AP reporter.