Trolltech Qtopia Greenphones have sold out: they do recommend the Neo1973 thou

Trolltech have announced that they have sold their last Greenphone, so now that these Trolltech Qtopia Green phones have sold out where does this leave you? Well Trolltech do recommend the Neo1973.

Trolltech the makers behind the Greenphone and the Linux-based Qtopia platform it runs have officially announced that they have been cleaned out (sold out) of these handsets, Trolltech have said that they are a software company and now that Qtopia’s out there in developers’ hands are indeed a strong ally in Motorola. 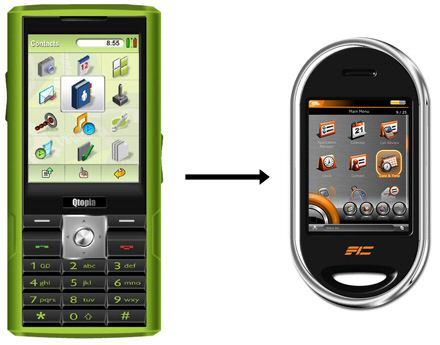 Apparently it returns to its software roots which means the it points in the direction of OpenMoko’s coming soon Neo1973 open source phone for future devs that are going to follow in the Greenphone’s footsteps.

Ok so the Neo1973 is not out yet but Trolltech have said that they hope to make an announcement about the support for additional devices sometime in the near future.

Does this mean the Greenphone will plod along?