Gaming on phones can only work if the phone is packing all the latest technology such as massive memory, graphics processing capabilities and big screens right? It seems not!

Years ago, before the PS3 and the Xbox 360 there were popular games which were played on a console which was less powerful than your mobile. So, what would happen if you took the already popular older games and whacked them into mobile phone? It seems crazy, but Lenovo is taking the idea and running with it with their new Lenovo i909 gaming phone. 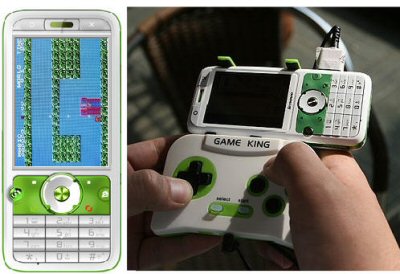 However, we don’t love the Lenovo i909 because of the phone. We love the fact that it rocks a software emulator that lets you play NES games on it – complete with D-Pad controller which attaches to the phone for the ultimate experience.

It sounds great, but unfortunately it will only be available in China for now.