Motorola’s mobile phone manufacturing division has been flagging lately; well since the release of the Motorola RAZR really after that things seem to have dropped. However because of considerable losses over four straight quarters, the most being a staggering $388 million, now that’s one hell of a loss! In turn Motorola have been giving some serious consideration to selling off its mobile phone businessÂ in the wake ofÂ such losses to the likes of Samsung Electronics Co and Apple Inc.Â 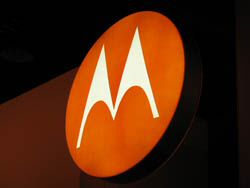 And so, today comes an announcement from Motorola that Greg Brown, the newly selected COE will gain control over Motorola’s handset division. According to Brown he wanted to take the helm and turn it around and back to a money spinner, or greener pastures as in the colour of the much sort after buck.

So is this a final attempt to save the Motorola handset division, or is it a prelude to selling it off? Who knows…maybe Greg Brown? One thing is for sure though; it will come to light eventually.