Long ago in the land of novelty and innovation patents were issued sparingly in the States, but with recent USPTO patent describing a smartphone being awarded to a patent holding company it becomes apparent that in this day and age patents no longer require true originality. 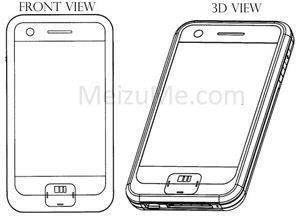 And well, that being said it not too obvious the Chinese patent office have issued a Meizu’s M8 design patent, which apparently was filed by Meizu back in February 07 with the patent office only just publishing the application.

So with the expected arrival of the Apple iPhone in China it is as yet not known if this Meizu M8 patent application will actually be approved. However, China’s the land of copyright and trademark ignorance, and therefore it will probably be approced.