The first hands on video is out in the open of Sony Ericsson’s XPERIA X1 thanks to Gizmodo. Gizmodo the lucky buggers got their hands on the stunning Sony Ericsson XPERIA X1 which if you click the video link below you can watch.

They went on to say that whilst they were playing with this Xperia, Sony’s Windows Mobile phone with a hiptop QWERTY they revealed a few things. 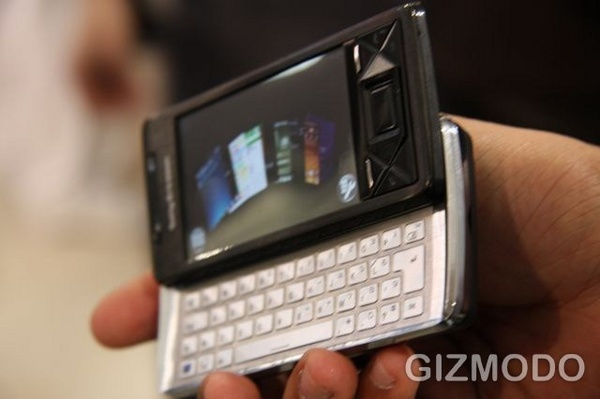 Some of the things Gizmodo said were —
– Keyboard play was nice, even if clicks weren’t as satisfying as those on a gummy Hiptop QWERTY.
– The API for the 3D tile UI will be opened later on.
– The demo only went as far as the 3D skin; anything beyond that plunged you into the depths of typical Windows Mobile-ness.
– The screen is not exactly brilliant, but I believe the Sony Ericsson booth could have all
– Those icons are like the mini windows you’d see when switching windows in Vista or OS X’s Expose. But on this tiny high res screen, they’re impossible to read.
its phones brightness turned down to extend battery life on the busy show floor.
– It’s cool, but because of the underlying OS, I wouldn’t call it a killer of anything, let alone an iPhone.

So basically what they are saying is that it is not an iPhone killer, PHEW bet Apple are relieved. Watch the Gizmodo hands on video of Sony Ericsson XPERIA X1 here.