Spice planning on the cheapest mobile phone for less than $20

There are so many mobile phones to choose from in our world, but what mobile phone would you class as cheap. Well the Spice phones for less than $20 surely makes the word cheap exactly what it should be.

The Indian Carriers Spice announced a couple of cheap phones at the Mobile World Congress last week in addition to its mad Vmedia disc-playing prototype, and the phones as said above will retail for less than $20. 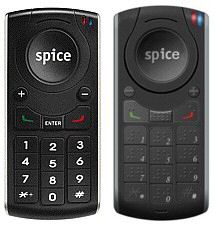 Oh yes “The People’s Phone” is as simple as you can possibly get it and as basic as you are going to get it, then they have “The Braille Phone” which is self explanatory really, the buttons has Braille keys.