Mozilla say no to Firefox on iPhone: Apple too to restrictive

At a recent meeting of top Mozilla people there was a lot up for discussion, and one topic was the Apple iPhone. The thing is Firefox is not supported on the handset, and the guys at Mozilla gave their reason why.

The problem is that Apple’s software requirements for the iPhone are too restrictive. John Lilly CEO of Mozilla said “Apple has not written a license which allows Firefox to run on the iPhone.” John did hint that the company will be looking to work with other platforms, like Android. 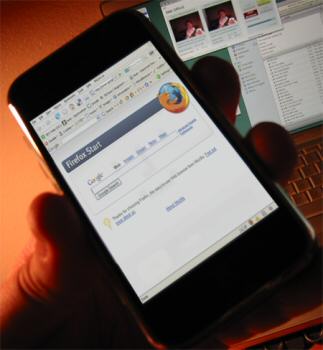 However Lilly did say that there are a handful of platforms on the market that are more open to them, one handset is the Nokia N810 internet tablet. All people need to do is get the code for Firefox and just run with it, this is made easy as Firefox uses the XUL interface.