A member of the Esato forum apparently persuaded a Nokia representative to divulge a little Nokia secret that the Nokia N96 is to have a Xenon flash incorporated. Whether this is true of course will come to light in the due course of time no doubt, so until then here is the Esato forum members post in full…

“Ok, this isn’t official news, but it’s as official as I can get
Our Nokia rep, who thinks we’re great told me something intriguing today.

He’s said the N96 hasn’t been given the complete green light yet (I’m guessing Nokia wanted to get something that resembles the real thing out in time for MWC).

And the delays are due to them adding (at the last minute) a Xenon flash, ala N82! Finally, an all in one phone with almost nothing (bar BlackBerry) missing!

From what I can tell of the marketing stuff he left for the N82, Xenon flashes seem to be Nokia’s next big push from now on, which is fine by me.” 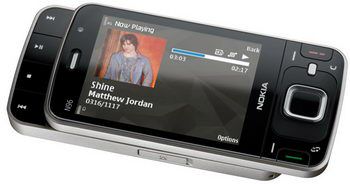 So there you have it, maybe true, maybe not, you decide. But it would make sense for the N96 to have a Xenon flash; I mean why have it on the N82 and not on Nokia’s flagship handset the N96?

2 thoughts on “Xenon flash for the Nokia N96 handset maybe”