It passed through the FCC back in February, and now it’s been announce at CTIA Las Vegas, of course we are on about the Motorola Smart Rider, although not that eye-catching for the users of the modern smartphone, maybe the Motorola Smart Rider is targeting towards the older age bracket who don’t really like all the tech in a smartphone so will more than likely become a huge success.

Spec-wise the Motorola Smart Rider obviously has built in GPS and is accompanied by the likes of real-time traffic reports, auto re-routing, and voice guided directions Moto’s Smart Rider incorporates a nice 2.8 inch display, voice activation and of course Bluetooth. Those that may be interested in the Motorola Smart Rider will have a little wait on their hands though as its not available until June when it goes worldwide. 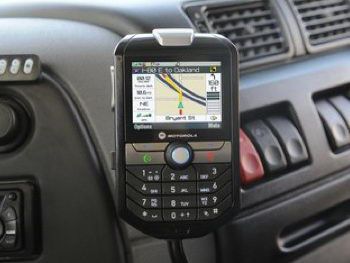