HKC, based in Hong Kong has launched a world’s first, a Windows Mobile smartphone that has 2 SIM card slots, allowing the user to use two networks. HKC brought out two models, the G1000 which has twin GSM slots, and the W1000 which has one CDMA SIM slot and one GSM. 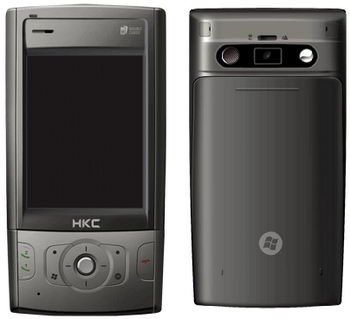 Unfortunately there’s no WiFi, or 3G radio, and a VGA screen along with a 3 megapixel camera would have been preferable, but something had to give I guess. So let’s see if the next gen version from HKC carries everything a smartphone can. Video for your info below.