Now wouldn’t that be interesting? According to Chosun IIbo, Samsung Electro-Mechanics has apparently developed a hydrogen generator and micro fuel cell which run on water! Vice president of Samsung Electro-Mechanics’ research centre, Oh Yong-soo has stated that when the handset is switched on, water and metal in the handset react to produce hydrogen gas. This hydrogen gas is then supplied to the fuel cell and reacts with oxygen in the air, which in turn generates power.

Other fuel cells apparently require methanol to produce hydrogen, but Samsung only requires water, and as the micro cell can generate up to 3 watts of electricity it could possible used to power a mobile handset. Estimate at being able to power a mobile phone for up to 10 hrs, the fuel cell lasts as twice as long as rechargeable batteries. 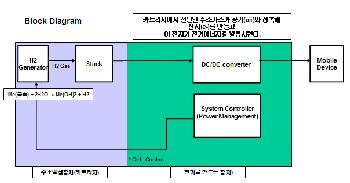 Oh Young-soo has said “water-powered handsets are expected to hit the market by 2010,” and continued with, “If the user uses the phone for four hours a day on average, they would have to change the hydrogen cartridge about every five days. Later handsets will be developed that don’t need the hydrogen cartridges to be changed, and would only need to be filled with water.”