WildCharge for the Apple iPhone and iPod Touch out in May

At present the only mobile handset to have an adaptor which works with the WildCharge pad is the RAZR V3, so the guys at WildCharge are quite excited about their forthcoming WildChage adapter for the Apple iPhone.

So, are you wondering just how the WildCharge wirelessly charges a gadget without the need to plug in? Well the Motorola RAZR V3 uses a replacement battery panel, this panel contains the inductive receiver that has a tendril snaking down to the RAZR V3’s mini USB port. 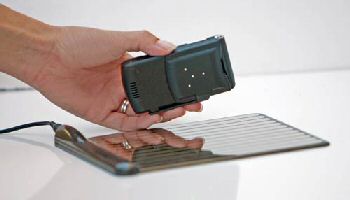 The Chicago Tribune’s Eric Benderoff received a charging adapter built into a gel style case which he had been testing out. Benderoff says, this gel-style case acts not only as protection for the Apple iPod Touch but also charges the same way as the RAZR V3. When the time comes when the iPod is out of charge just place it on the WildCharge pad and it charges, the only plug needed is the power supply to the WildCharge. 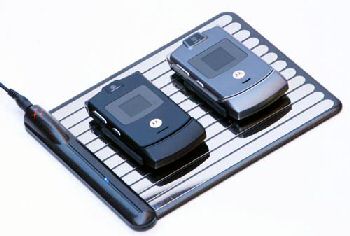 Expected release for the Apple iPhone and iPod Touch WildCharge is May, however the biggest advance comes in the 3rd quarter when WildCharge ships their universal adapter, says Chief Exec Izhar Matzkevich.

The WildCharge pad costs $60.00 and the RAZR V3 adapter $35.00 and can be purchased at wildcharge.com