Recently Microsoft sent out invites to their new beta Mesh service, which is presently primarily meant to sync folders and files across multiple devices and to the cloud, but mostly everyone is saying just what is the point? Well the thing is Microsoft has just laid down a key piece to the future of the internet, that’s the point.

Online services such as Photobucket, Flikr, Share on Ovi, these let you share your files across the world with friends and family, they host your stuff, so why use one site over another? Difference in price maybe, or interface, or overall services. Whatever the reason it still means your data is in the hands of someone else, a third-party. But now with Microsoft’s Mesh there is something different. 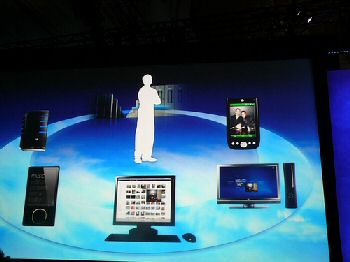 Quite a few people can envisage the future of the internet, but mostly it’s about letting the user be at the centre of the internet verses servers that have turned into data silos that we hang out in. The future in internet however will be about the users and giving them the tools to control their digital existence.

A single identity the user can use across the entire web, a single data repository that the user actually controls who has access. The data you create should be your data you control, and to do so the user will need a service that is somewhat different than those of today. It requires mingling old pre “Web 2.0” thinking with current and new socially enhanced cloud services. A folder of images on your desktop, you own that desktop, are logged on and therefore the computer knows who it is. The user can view the folder or have it scroll the images, or if you own a touch mobile phone then flip through your images, and shuffle them around on your LCD. Each view is unique in its own way but still babes round the same data, a JPG if you like. That’s how it’s done today. 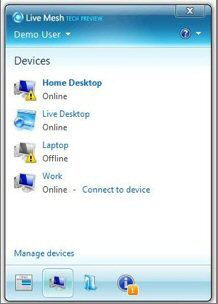 Now can you imagine a scenario where extra data formats and machines can be added to your network, well that is the future. The data the user creates will go to some cloud based storage system or you can sync to your PC, but the interesting thing is when services start asking permission to access your files. Suddenly new and innovative ways of viewing your data become key factors user experiences and ways of visualizing become key carrier differences. 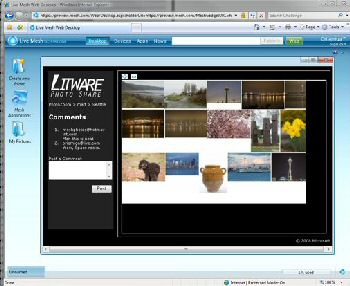 Microsoft Mesh has solves one of the key issues that holds users back in internet growth; data is and always will be the most important area of the foundation around being a user. That being said stage one is giving the user control over their data; stage two will be allowing the user control that data and any other data they may wish to interact with whether family, friends, photos or ebay. Stages one and two will be hard enough to accomplish, and what follows isn’t quite clear, but it is good to see that Microsoft are looking to the future of giving control to the user with their first stage Microsoft Mesh, and continuing to make things happen.