A top executive from Nokia mobile phones has told Reuters that virtually half of Nokia mobile phones will offer the user satnav by the year 2010. The head of Nokia’s location-based activities, Michael Halbherr states that Nokia will hit its target of equipping up to fifty percent of its mobile phones whit GPS chips between 2010 and 2012.

Halbherr says: “We are planning to ship 35 million GPS units this year and many more location-enabled phones that use cell-towers to orient themselves on the map. You will see few E or N Series phones without GPS.”

It is hoped that GPS enabled mobile phones will balance out a worldwide decrease in mobile handset prices. Nokia has signalled their ambitions in the GPS area with a 5.7 billion euro bid to purchase Navteq who manufacturer navigation software. The acquisition of Navteq will be Nokia’s largest to date that is if and when approval is given by EU authorities for the go ahead. 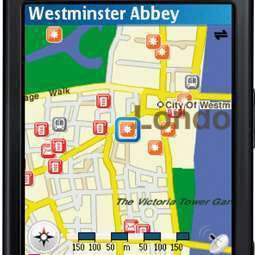 Meanwhile, Nokia currently sells five mobile phone models incorporating GPS, but has unveiled another four which is likely to ship over the coming months. However, mobile phones lacking GPS will also benefit as Nokia Maps is to be essentially updated in real time, Halbeer explained, by those users with GPS phones.

Mobile phones incorporating WiFi capabilities will be able to use local wireless network antennas to pinpoint their location; however mobile phones without WiFi or GPS can use local mobile towers to gain navigation. Finally Halbherr declared: “Location will ultimately be in every device.”