The RKS Mimique gets colourful with Google Android

Southern Californian mobile phone manufacturer RKS has grabbed Google’s open source Android OS platform with vigour, and obviously like it so much they designed and built complete mobile phone around it.

To say the Mimique mobile phone from RKS is colourful would be somewhat of an understatement to say the least. It’s sleek and modern in design, and well… very colourful in its bright yellow, bright orange or bright red, and will certainly stand out from other mobile phones. The design pundits are already claiming that this new phone offers customers something along similar lines as the Apple iPhone touch surface, although the mobile phone’s designers are saying the mobiles interface is customisable. 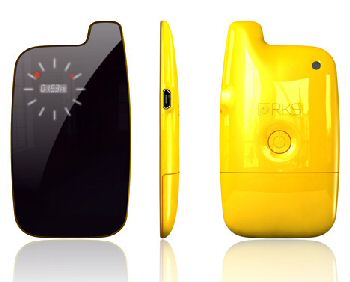 RKS say their Mimique mobile phone is a response to the feature heavy mobiles which look more like PDA’s rather than phones. They say the Mimique marries the “heritage of old-school mobiles with next-generation style and touch-screen technology.” Apparently the Mimique allows downloadable upgrades while the “skins” allow the user to change the graphic interface to match their mood.

My personal though is the Mimique is way too brightly coloured for my own tastes, but of course there are many in this big wide world who love brightly coloured things. Whether the RKS Mimique could actually stand up against the rolling might of the Apple iPhone or the HTC Touch Diamond is another thing. Mind you, I have to say the RKS Mimique looks more like a walkie-talkie than a mobile phone and spec wise your guess is as good as mine, I certainly couldn’t find much out about the Mimique from the RKS website. 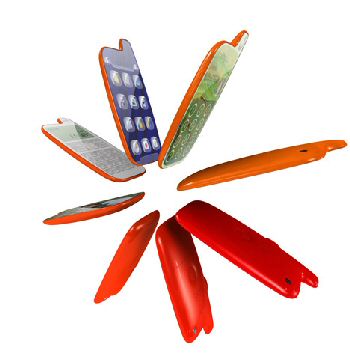