High Tech Computer, HTC has apparently received so much feedback on their HTC Touch Diamond, successor to the HTC Touch that they have upgraded their shipment projections to a whopping three million handsets.

Chou stated that it took High Tech Computer eleven months to hit the two million handsets target for the first generation HTC Touch, and now expects to move the same number of the HTC Touch Diamond mobile phone in only seven months, thus leading to the raising of shipment projections. 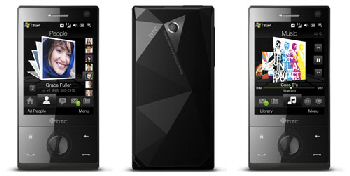 It seems HTC have high hopes for The HTC Touch Diamond, and rightly so based of the history of the HTC Touch; it’s quite capable of standing up against the Apple iPhone, and definitely has an appearance that will attract, and looking at it 3 million units isn’t really that unobtainable. The only downside I can see that may trip up the 3 million mark is the price.