Qualcomm and Adobe brewing up a Flashy time with BREW

Adobe and Qualcomm have teamed up and announced Flash support for the Brew Mobile platform. Apparently the new software will “fully integrate and deliver Adobe Flash technology to mass market handset devices,” and allow Flash developers to “create standalone applications that integrate mobile device functionality with web content and services.”

The brew platform is to be supported by tools provided by both Adobe and Qualcomm while Flash developers and designers can use Adobe’s existing Flash development tools, which include Adobe Device Central CS3, Adobe Flash CS3 Professional, along with other popular tools in Adobe Creative Suite 3, to quickly deploy rich Flash-based applications. 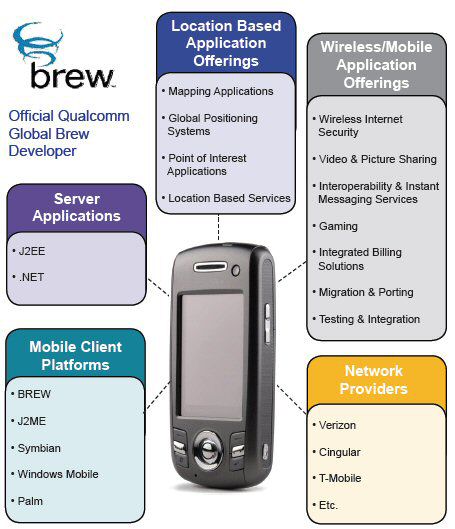 Senior vice president and general manager of Qualcomm Internet Services, Bob Briggs said: “Qualcomm strives to stay ahead of the growth and evolution in the wireless industry by providing an increasingly robust development platform. Our BREW Client technologies are present on millions of mass-market handsets worldwide and BREW Mobile Platform will expand these capabilities while fully embracing support for Adobe’s Flash technology and future roadmap. BREW Mobile Platform will combine the strengths of Qualcomm and Adobe to deliver an extremely robust wireless platform and development tool chain. This combination provides exciting opportunities for operators, device manufacturers, publishers and developers to create advanced devices, applications and services for the mass market with features typically only available on high-end devices.”