What 3G mobile phone costs under $200? The Samsung Instinct of course

So now that the Apple iPhone 3G is going to be flooding the mobile arena, perhaps it is time to look at an alternative sub-$200 touch-screen 3G mobile phone, just so you mobile phone hungry out there do actually get a choice.

So what 3G touch-screen mobile will come in at under $200.00? Well apparently Sprint is circulating an internal document which shows the Samsung Instinct will run at $199.99 on contract after rebate. This move by Sprint isn’t as surprising as they have been working hard to play up the Samsung Instinct verses the Apple iPhone perspective. 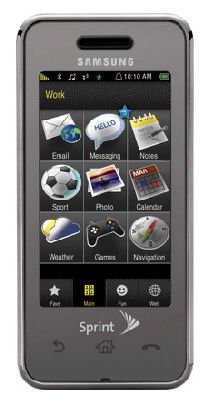 To gain the Samsung Instinct special deal Sprint will also require the customer to sign up for an “Everything” plan as soon as they take delivery of their new Samsung Instinct, yet another move which smacks of the AT&T/Apple iPhone marriage.

The Samsung Instinct will at least gain a slight jump over the Apple iPhone 3G by just a few days because of its June 20th launch date. So now the question is, can the Samsung Instinct steal enough of the iPhone 3G’s thunder? Guess we’ll have to wait and see the outcome of that one.

One thought on “What 3G mobile phone costs under $200? The Samsung Instinct of course”