Nokia hints at new touch-screen mobile phones for the future

Nokia, being the world’s largest mobile phone manufacturer isn’t really going let Apple steal all the glory with their latest iPhone 3G, Nokia have been working away behind closed doors. Thus a new announcement from Nokia reveals they have much more in store for us mobile phone hungry than just the much rumoured Nokia 5800 XpressMusic/tube touch-screen mobile phone.

This year, Nokia will begin to roll out an as yet unknown number of new touch-screen mobile phones that apparently will be available across all price sectors. Anssi Vanjoki, Senior Vice President of Nokia Markets has said technological convergence, where information technology, consumer electronics, and various internet services are integrating into one platform was happening fast, even as some economies slowed. 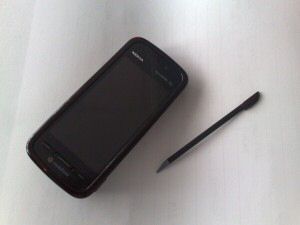 Vanjoki also stated: “Convergence will strengthen through such a significant company such as Apple coming to that field. From the perspective of operator business this is an extremely good issue.”

According to Vanjoki, Nokia has estimated the multimedia handsets market for this year, or what it calls converged devices, to be 180 million units, and is set to launch a touch-screen handset, a prominent feature in the iPhone, in the latter half of the year.

Recently we have all seen announcements from HTC, LG and Samsung along with others announcing high-end and such mobile devices expected for later this year. Now it is simply a wait to see just what Nokia has up their sleeve, and if it can possibly change the game away from Apple’s second generation iPhone.