You want the time and place to be the first to own an Apple iPhone 3G? You got it

So, want to be among those who are desperate for this second generation Apple icon? Alrighty then, prove it, nip along to your local airport and book a flight to New Zealand. It is being said that the world’s first Apple iPhone 3G will actually go on sale at precisely 00:01, Friday 11th July in New Zealand. 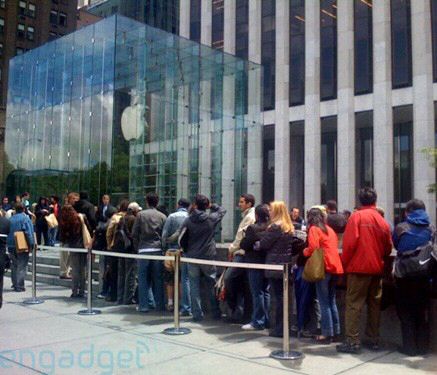 Which will still be Thursday 5:01 AM, July 10th in Cupertino or even 13:01 in London. But of course if you really are an Apple iPhone 3G fanatic, who simply must have it before anyone else, no matter the cost or distance, you’ll need to know where in New Zealand to go won’t you?

Hmm, should I tell you…oh ok…At precisely 00:01 Vodafone NZ will swing its doors wide open at its Auckland, Christchurch, and Wellington stores so you eager beavers can drool over that technological marvel known as the Apple iPhone 3G.

So there it is, don’t say you haven’t been told where and what time, so if you miss it, it’s your own fault not ours. I wonder who is going to hit the fame net waves by becoming the first ever owner? If it’s you let us know.