The Nokia 6650 has been “optimised” for use with the T-Mobile service and is available on all T-Mobile UK pay monthly tariffs including both Combi and Flext.

With T-Mobile’s Combi tariff the Nokia 6650 comes with unlimited text, 700 minutes and internet use for eighteen months. As yet though T-Mobile has not confirmed a price tag for the Nokia 6650, however at launch it has been said to be as low as a single euro, so we would be expecting to see a from free tag on this one. 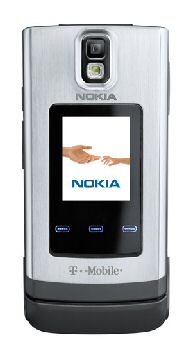 The Nokia 6650 also offers up “easy access” to T-Mobile services such as their Web ’n’ walk, Mobile Jukebox, Navigate and MyFaves.