Lextex officially announce iRa, a surveillance application for the Apple iPhone and iPod Touch. iRa brings to the Apple iPhone the power of multiple live video feeds along with direct camera actions such as pan zoom and tilt control, and all neatly placed in the palm of your hand on your Apple iPhone handset.

Although it sounds like an Egyptian god, it’s not, iRa has an intuitive interface which lets users access multiple video feeds, from their own security cameras of course, over WiFi. 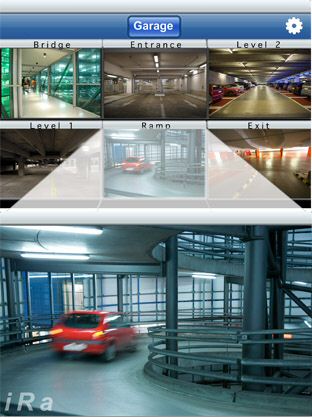 iRa gives the user the capability to view videos in full screen, while physically moving cameras, and zooming in at a single touch on the Apple iPhone or iPod Touch, thus working together seamlessly to create situational alertness.