The UK’s advertising watchdog has given British Telecom’s TV ad which stars Peter Jones being harassed by Gremlins the all clear despite complaints it has given some children nightmares.

The complained about TV ad has mischievous Gremlins working alongside Peter Jones in his office late at night. Jones struggles to locate the problem with his computer kit and a horde of Gremlins pop up and havoc ensues on the office and PC equipment. 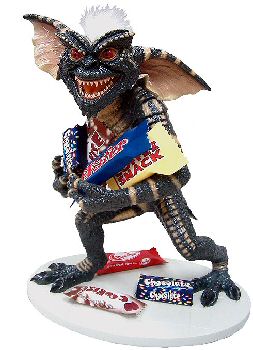 Clearcast, the body for vetting ads before being seen by the public eyes issued the BT Gremlins ad with an “ex kids” restriction which means it should be shown at times when children watch favourite programs.

Eleven complains were made to the Advertising Standards Authority from the public who objected that the scheduling restriction was insufficient. The complains stated children were frightened of the Gremlins and some even suffered nightmares.

Swam, BT’s ad agency answered, the context of the IT world “gremlins” had long been a synonym for “problem” this ad was meant to “pay homage to these fondly regarded anti-heroes.” Focusing on the “mischievous and humorous aspects of the Gremlins rather than on anything more threatening.”

According to BT, taken in a wider context of movies and computer games that are aimed at children, this ad was “fairly tame.”

The ASA said: “Given the overall lighthearted tone of the ad we concluded that the timing restriction was sufficient.”