BlackBerry Curve in sunset released but is this the final sunset?

The BlackBerry Curve in sunset red has been delayed but will now hopefully hit T-Mobile with a week, according to cellphone signal.

Specs on the Research In Motion BlackBerry Curve in sunset red remains the same, only the colour is new, and probably a year ago that would have generated a few sales. 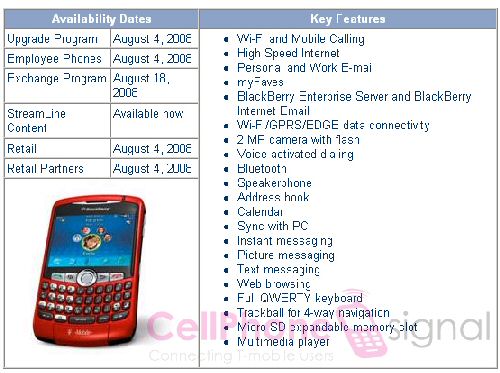 But has the time when people purchase a new release just because of a colour change had its day?

With the release of the BlackBerry Bold sitting just on the horizon will anyone actually prefer to purchase a BlackBerry Curve just because of an updated colour?

Perhaps there are still those who are swayed by mobile phone colour, but I think with all the new flashy mobile phones coming out, the day of the “lets push out a new colour to generate more sales” is long past.

I’m sure most will simply sit back and wait for the arrival of the BlackBerry Bold.