Get rugged with the Casio G zOne Boulder from verizon

Intomobile has snapped Verizon’s online web store offering up the Casio G’zOne Boulder at a cool price of $129.99 taking into consideration a 2 year contract and online discount. 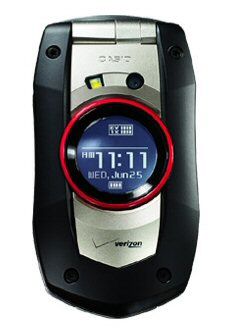 Also Verizon have the G’zOne Boulder on shelves at their street stores for a price of $179.99, and available in black-on-silver, but other colours will probably follow.

Spec update wise the Boulder is seriously eye catching along with military type dust, shock, and water resistant, with push-to-talk on the EVDO Rev.A, 1.3 megapixel camera and slimmer profile.

So if you are one of the water borne, sand storm, rough and tumble types out there that need a compliant mobile phone, the Casio G’zOne Boulder is one rugged handset that should suit the job nicely.