appears that the clever guys at Nullriver have released what looks like to be a tethering solution for the Apple iPhone. Although we are not quite sure just how they managed to get it past the Apple App Store censors.

Anyway, the Netshare application is only a SOCKS proxy which links a WiFi network to the iPhone’s EDGE or 3G connections and will set you back $10.00. 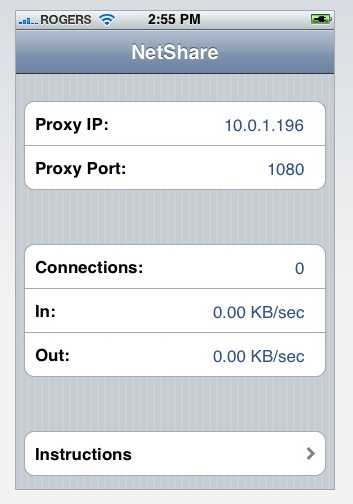 If it works, it will probably be a tad hacky solution to one of the major limitations Mr. Jobs has placed on the iPhone handsets.

Apparently engadget mobile has tried the Netshare solution, and the instructions are quite sparse to say the least, they managed to get the application to recognise a connection, but unfortunately were not able to load anything. They made a video too, which is below.

Somehow I can’t quite see this application lasting at the App Store for long, so anyone out there willing to give it a try and let us know how it goes?