Kliener Perkins Caufiled and Byers, a venture capital company has invested in a company called ngmoco, which will be developing games for the Apple iPhone according to an announcement on Reuters.

Ngmoco is the brainchild of former Electronic Arts blueprint boss Neil Young has been given a massive financial boost from Kliener Perkins Caufiled and Byers. 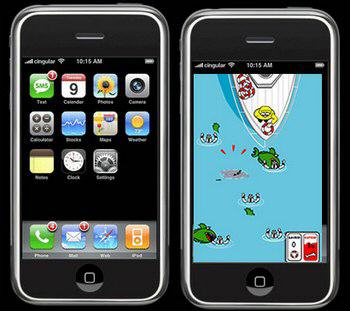 Young has been in the gaming business for some eleven years, and will now use this funding with a view to collaborate with gamer developers on creating and acquiring mobile games for the Apple iPhone.

Ngmoco stands for Next generation Mobile Company, and on their website, Young is advertising for client and network engineers, web application developers, producers and game makers.

Although initially focusing on making mobile games for the Apple iPhone, Young wishes to expand to “that class of mobile phone” in order to make games for all mobiles with network connectivity, touch-screens, and even maybe accelerometers.