Wood you apPLY for a PLY phone concept?

Ok, people are always looking for new design ideas in the mobile phone arena, the design and style of a mobile phone can be the making or breaking of success, and for this reason there are designers who throw out for our viewing, mobile phone concepts.

This particular mobile phone concept is designed by Japanese outfit KDDI, along with its technician Hideo Kanbara, and is naturally known as the “Ply” concept phone. 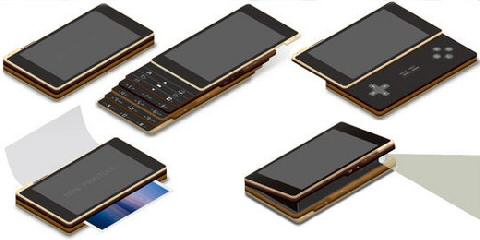 As the name suggests, the “Ply” concept phone is based upon the idea of plywood. It incorporates six different “layers of technology with each super thin layer giving access to a different phone function.

For instance, the idea is say, the top layer would be the mobile display, second layer could be the keyboard or even touch-screen, and the third layer could access a printer, and there could even be a layer housing a miniature projector.

Cool design, but “wood” the “Ply” phone ever make the grade?