Canada does not use the potential of Apple iPhone 3G

Over in Canada, after all the moans and groans about the Apple iPhone 3G rate plans and high costs, it seems that those same Canadians just aren’t bothered about using the Apple iPhone 3G to its full potential but preferring to use it mostly as a voice call machine.

According to Rogers Wireless on Thursday, 1.2 percent of Canadian iPhone 3G users devoured more than one gig of data in the first four weeks after the iPhone 3G went libe on July 11th. 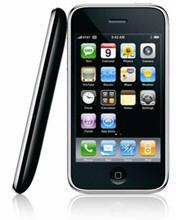 One gig of data equates to roughly downloading a movie or 240 songs to the iPhone 3G.

Rogers say that 95 percent of their Apple iPhone 3G customers use less than 500MB of data which equates to about 110 songs, while 91 percent use 200MB.

Spokeswoman Liz Hamilton said: “They’re learning how it can be used. The folks who were first to buy, those are the early adopters, those are the tech savvy ones and what it says is that big data buckets actually let you do a lot of stuff.”