According to an internal draft of a press release AT&T is about to run with, is going to announce the availability of Research In Motion’s BlackBerry Bold smartphone.

On the draft release there is an October XX release date, which could possible mean a hidden date or maybe mean the 20th? 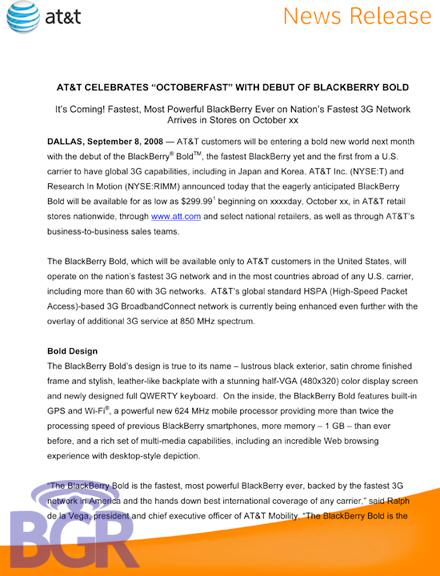 The release is also full of the usual corporate spin on how great and wonderful the BlackBerry Bold is, and of course the expected quote from research In Motion to add their say, and bingo, one press release that is dated for September 9th.

So, anyone seen it yet?