The LG KP500 brings a stylish full-touch mobile handset to the populace which stands at just 11.9mm thick and could possibly be the most affordable mobile handset from LG, but does not cut on the expense of style.

LG’s KP500 borrows it’s design from sister handset the LG Renoir and incorporates the latest reincarnation of LG’s propriety Flashed based UI. The KP500’s user interface is thumb optimised however incorporates a stylus as well for assisted handwriting recognition. 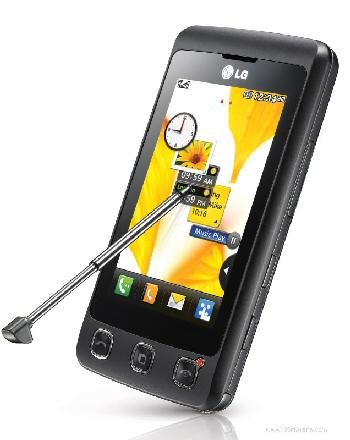 The LG KP500 weighs 89 grams and should become available sometime in October 08 in Europe, but as yet no pricing has been announced.
Official LG KP500 demo video below

2 thoughts on “LG KP500 the most affordable phone? Video”